When the world was created

I was looking for a picture of the following but couldn't find it on the Internet. Last week however, I was in Austin, Texas, and took one myself. It is a plaque sitting in front of the Texas State History Museum giving the date of inauguration of the museum: 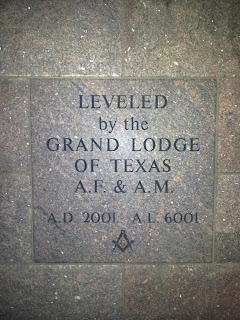 You see, the date is given in two ways, the first one being the conventional date (2001), but the  second one being something strange: A.L. 6001. What is this? Well, there is a group of people who believe that the world was created at the year 4000 BCE. In this respect, they are similar to young earth creationists who believe that the world was created between 5700 and 10000 years ago. They are both making a huge error, and their belief is 5 orders of magnitude different from the actual date of the creation of the world (defined as the age of the universe) which is about 13,000,000,000 (13 billion) years ago. The guys who put the plaque in front of the museum are the so-called freemasons and "AL 6001" means "Anno Lucis 6001", i.e. 6001 years after the light was created.

Arbitrary nonsense, of course. But when that nonsense is used in a history museum one wonders about the accuracy of the contents and information inside the museum. 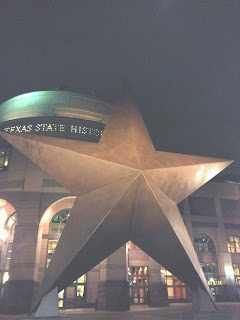 By the way, the museum is not a bad looking building, but someone had the strange idea to stick an immense star in front of it which covers the view almost entirely.

Posted by Takis Konstantopoulos at 15.3.13